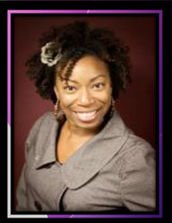 Dr. Kimberly Diane Stewart Merritt was born July 4th, 1978 in Florissant (St. Louis), Missouri to the union of Robert Sr. and LaVern Stewart. Kimberly was the second of three children to this union. She transitioned from this life on Friday, April 10, 2015, in Lexington, Kentucky at the age of 36.

Kimberly was also a top Division I student-athlete at SEMO. Her exceptional talent helped carry her team to 3 indoor and outdoor Ohio Valley Conference (OVC) championships: 1997, 1998, and 2000. Kim played a vital role in bringing home championships in the 4x100 meter relay and 4x400 meter relay, all 3 years as well. She proudly boasted of her team’s “7 time OVC” Championships and her role in assisting in this achievement. In addition to maintaining a full course load, track practice and competitions, she made time to serve her college community through her membership in Delta Sigma Theta Sorority, Inc. She was initiated into the Omicron Pi Chapter of Delta Sigma Theta Sorority, Inc. on April 27th, 1998.

In 2005, Kimberly accepted the position of Diversity Recruitment Specialist, with the EKU Department of Admissions and served in this role from 2005 to 2012. In 2012, she was promoted to Assistant Director for Student Recruitment in Admission, a position she served faithfully until her death. Kimberly was also in the final stages of completing her Doctor of Education degree, which was awarded posthumously by Eastern Kentucky University in December 2015. In Kimberly’s professional role, she touched the lives of many students and staff, serving on various committees and in leadership roles designed to improve the quality of life of students as a teacher, mentor and advisor. Her professional goal was to become a Presidential-Dean Level Advisor for the University.

Early on the morning of April 10, 2015, Christ called home our beloved Kimberly and her newborn son, Harold W. Merritt III. She passed at the University of Kentucky Hospital Emergency Room and was followed in death by her newborn son. Our hearts grieve for this unexpected turn in her nearly full term pregnancy.

Kimberly has finished her race. She stayed the course. She fought a good fight and stayed faithful to God to the very end and victoriously crossed the finish line. Kim has passed on her baton to us to carry on her legacy. She is cheering us on to do our part to get to the other side of glory.